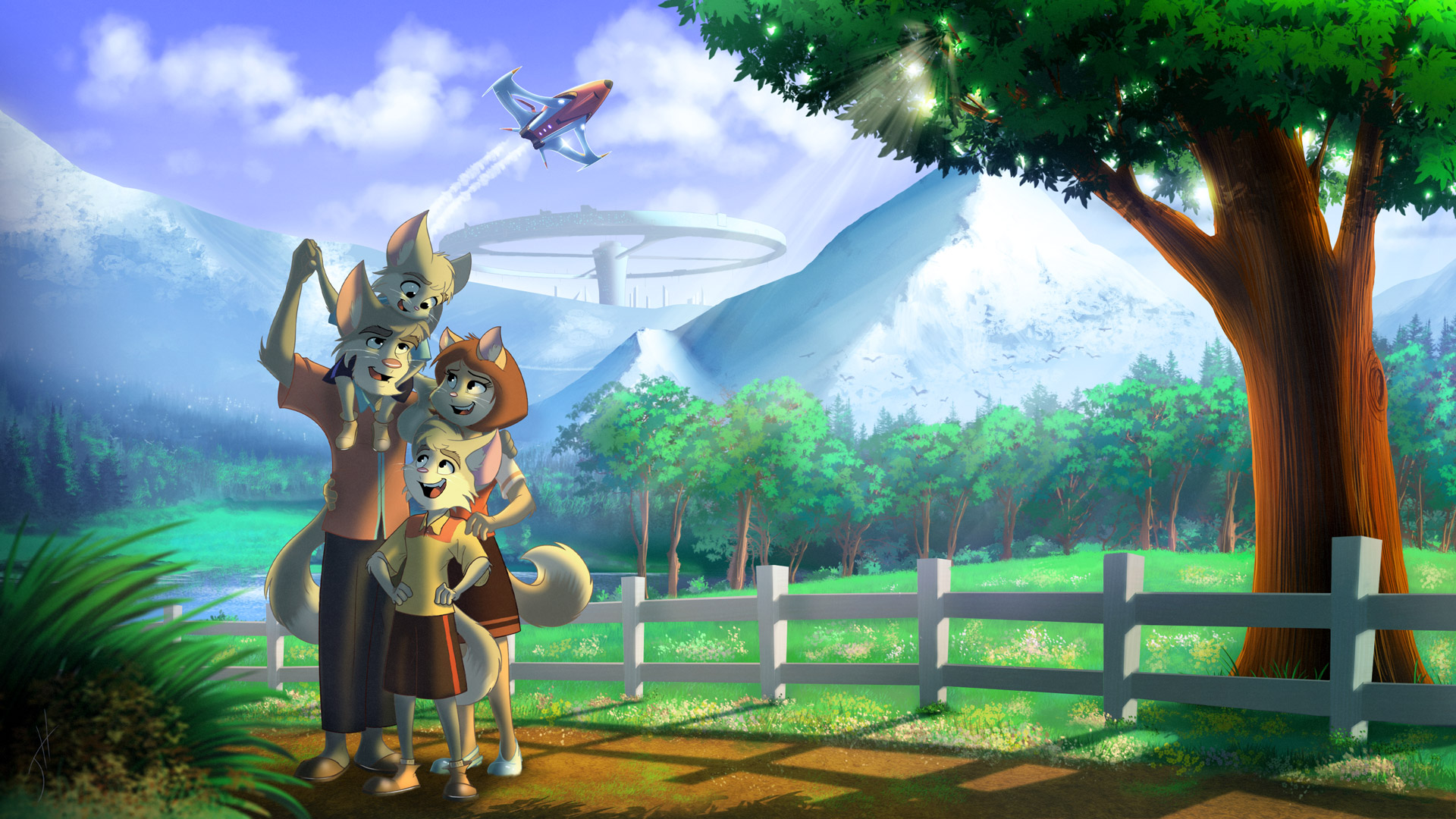 I recently did an interview with Solarpunk Magazine! It’s been a long road of discovery figuring out the voice and tone of this project, but ever since “solarpunk” was mentioned to me, I’m seeing a much clearer vision. Anyway, check it out at the link here!

Occasionally regarded (by himself!) as “someone from another planet” or a “swiss army knife only dropped a couple of times”, graphic novelist Jared Hudson has been a creative force since he was very young. From an early age, he was known for always having a pencil in his hand, drawing a plethora of landscapes and architecture, and competing with other classmates in art competitions during grade school.

Today, Jared has invested thousands of hours with a furiously ambitious goal of doing a graphic novel, desperately wanting to tap into his childhood nostalgia for others to enjoy. The culmination of this passion would be his criminally underappreciated graphic novel Cashmere Sky, one of the earliest works of solarpunk in comics, first published all the way back in 2017! It is a retro-futuristic character-driven action/drama following two brothers, Arlo and Enzo, who both endure the hardships of coping with loss, finding courage, leadership, and acceptance. The setting brings together an exciting mix of airships, electricity, science, and a race of anthropomorphic cat-like people in exhilarating high-speed train chases and sky battles.

Outside of his passion project, Jared has illustrated and been published in children’s books alongside video game development, but his primary focus is and always will remain Cashmere Sky, and he firmly plans to work on it for many years to come! The road is unknown, but his goals are certain.

For now, he has agreed to take the time to answer a few of the questions that our Poetry Co-Editor and resident Cashmere Sky fan J.D. Harlock has been meaning to ask.

SPM: How did Cashmere Sky come about and what inspired it?

JH: I believe most would describe me as a creative person. I would have to say that my first love was actually illustration, but I grew up in a musical family, so music was nurtured in my upbringing. I played instruments like the violin, percussion, piano, and a bit of singing. I eventually took up composition and writing for orchestra, getting some great opportunities on many projects with contacts in Los Angeles. For over half my life, I thought my career would end up in music, to the point I even obtained a degree from the Berklee College of Music.

However, with the writer’s strike in LA happening right after college, I started to realize it may not be my path. I moved to New York City for a different opportunity while still pursuing some of my musical efforts, but I could see it fading. Realizing this, I was writing less and less, and hit a stagnation in my creativity. I was lost and felt depression creeping in.

During this mentally troubling time, I remember a Steam sale happening in the fall of 2013, and I heard about this game called Dust: An Elysian Tale. I’m a fan of Metroidvania games and liked the art style, so I tried it out. I must say it was a magical moment. I felt that I had been transported back to a little kid eating cereal watching Saturday morning cartoons. It was sublime!

There was an awakening of a past I had completely forgotten, suddenly remembering what an avid cartoon viewer I had always been. I remember the constant thought of the game every day I woke up, riding the subway, sitting at the office, etc. I couldn’t stop thinking about it. This eventually spilled over into my own ideas, creating my own characters, and glimpses of the world I was about to create.

This was the answer to the creative crisis I was undergoing. I knew I had to get back into illustration. I wanted to create my own art journey and forge my own path. I saw a quote online many years ago saying that it takes up to seven years to master any new skill. Obviously, art is a lifelong practice, but a 7-year goal was a good motivator for me to start.

I knew I wanted to tell stories with art, which then led me to the idea of creating a comic. My exposure to comics was essentially limited to Calvin and Hobbes, The Far Side, and the Sunday funnies growing up. Superhero comics never really interested me, though I always gravitated toward animation and cartoon styling.

Ion Valley is a half-cocked solarpunk society still sorting everything out. As the saying goes, conflict makes a great story. I believe having a society grow and evolve as much as the characters give more interesting layers to it.

I decided to conjure up all my childhood influences. The many shows from Disney Afternoon in the ’90s, Disney movies, Looney Tunes, Tom and Jerry, the original TMNT, Sonic SatAM, and even “Transformers;” an abundance of the shows I watched featured anthropomorphic characters. Then I realized I needed to find the artists that drew some of these great characters, so the first one I researched and decided to work from was Glen Keane. Some other influences were Chuck Jones, Brad Bird, and Tom Bancroft to name a few.

From the beginning of 2014 to mid-2017, I worked tirelessly on improving my art skills, world-building, character design, etc. I knew I had a lot of catching up to do since I lost nearly two decades of art experience. The plot, characters, and world went through many iterations, but I eventually landed on Ion Valley, a utopia in a dystopian world.

I asked myself “what type of place would I like to live in” or another way of asking “where’s a cool place people would want to go?”

I knew I wanted a place of beauty with fantasy elements and technology, but I didn’t want it to be present-day Earth or have hindrances that I believe can negatively affect classic stories, like cellphones, internet, social media, etc. This is why I gravitated to the retro-future aesthetic. In my opinion, when characters live in a world where they are forced to have physical interactions, you tend to get more interesting experiences.

I’d like to think of the environment of Ion Valley as a character like Hogwarts, Middle Earth, or Hill Valley (I’m a huge BTTF fan).  It has its own character, culture, personality, and lore. The project title was called Cloud 9 but eventually landed on Cashmere Sky, being a play on the geographical location, luxury, and the last name of the protagonists.

I will also add that Final Fantasy was a big inspiration on the inclusion of airships, though with a much more modern flair. They’re treated similar to flying cars with design aesthetics between World War II fighter planes, exotic cars, and Formula 1 racers.

SPM: How did you first find out about solarpunk and what drew you to it?

JH: Ok, so this is embarrassing. For years, I thought I was drafting up a world with electropunk themes. It wasn’t until maybe 1-2 years ago a friend of mine told me “hey, I think your world may align more with solarpunk than electropunk.” He also referred me to this Studio Ghibli-esque Chobani yogurt commercial haha.

Intrigued, I googled it and quite simply slammed my head on the table. How could I have missed something so obvious? I essentially fired before aiming when starting my project. I knew what I was after, but didn’t know there was a name for it.

I always liked certain elemental energies from games like Final Fantasy and Diablo with a primary emphasis on electricity.  It was only later I realized that I could still have that with a solarpunk aesthetic.

SPM: Why did you decide to set Cashmere Sky in a retro-future world with solarpunk tones? Was this something you planned from the start or did you find out about solarpunk as you were writing/illustrating it?

JH: Reiterating from my previous answer, I stumbled upon the solarpunk theme. I use solarpunk tones as a description because I wouldn’t say that Ion Valley is quite at full-stage solarpunk yet, but it’s on its way.

Ion Valley has indeed harnessed the power of renewable energy, whether it’s wind, solar, geothermal, hydro-electric (where available) or even fog (still in concept development on that one, hehe). They’ve also mastered public transit systems, urban planning, and development, and have a progressive nature in social economics.

However, Ion Valley was a utopia planned after a dystopian event, and there’s much fallout still happening because of it. With the politics and civil unrest happening, the final phase of a solarpunk society hasn’t been fully implemented yet.

SPM: Even though the story is told whimsically and is targeted to readers of all ages, it deals with heavy themes like pollution, scarcity, wars, refugees, and political conspiracies. Why did you feel the need to include these in this story, and did that factor into the decision to make this a solarpunk work or vice versa?

JH: From what I’ve researched, solarpunk is one of the few “punks” that isn’t bogged down in political turmoil and unchecked corporate power, and dystopian themes such as cyberpunk, dieselpunk, and steampunk.

However, as stated earlier, Ion Valley is a half-cocked solarpunk society still sorting everything out. As the saying goes, conflict makes a great story. I believe having a society grow and evolve as much as the characters give more interesting layers to it.

Make no mistake, Cashmere Sky’s is meant to be a timeless, straightforward action/drama with some adventure thrown in. It was never planned to be a political story or god forbid “preachy” with any hot-button elements of today’s issues in society.

I do believe you can have social commentary in storytelling, but it can be handled in clever ways, as I want it to take a back seat with this one. Cashmere Sky was created to tell a fun story with lovable characters, not to be a soapbox platform for the author to get their views across. Any political elements in the world exist purely for more storytelling opportunities and development.

SPM: Have you used solarpunk as a setting in any of your other works, and do you have any plans to reuse it again for future projects?

JH: Honestly, I haven’t had the time, haha. The graphic novel is the only thing I’ve been able to work on outside my day job, and as it stands now, I can easily see a couple more volumes after Volume 2, so a good 6-8 years more.

I’m certainly not opposed to developing the solarpunk aesthetic deeper with this world, whether it be via side stories (one I do have in concept) or a sequel. The moment solarpunk was even applied to my comic, it really opened up a lot of ideas. It’s helped vastly with the visual planning and direction of the comic as it has progressed. There is a lot of discovery in writing this story. I’ve laid a lot of groundwork, but there is still so much to be explored and expanded.

And that’s all for now!

Volume 1 is available for you to read for free on Jared’s site, and if you like it, you can join Arlo and Enzo in Volume 2 of Cashmere Sky with early access only on Patreon, and start reading today!

J.D. Harlock is an Arab writer and poet based in Beirut. He is the Poetry Co-Editor at Solarpunk Magazine and Poetry Editor at Orion’s Belt. You can find him on Twitter and Instagram @JD_Harlock. 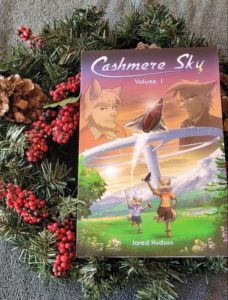 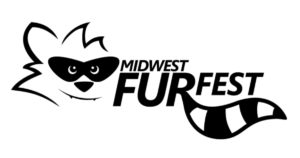 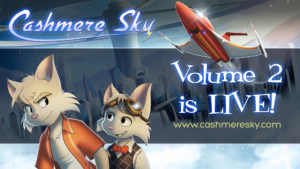 New page for Friday! Is Daphne over 9000? lol Read

Not sure if I'm starting an art meme here, but I s

Mom and son sketches. Having some interesting disc

Let’s do this! New books coming soon for online

After a long wait, Volume 2 of Cashmere Sky will b