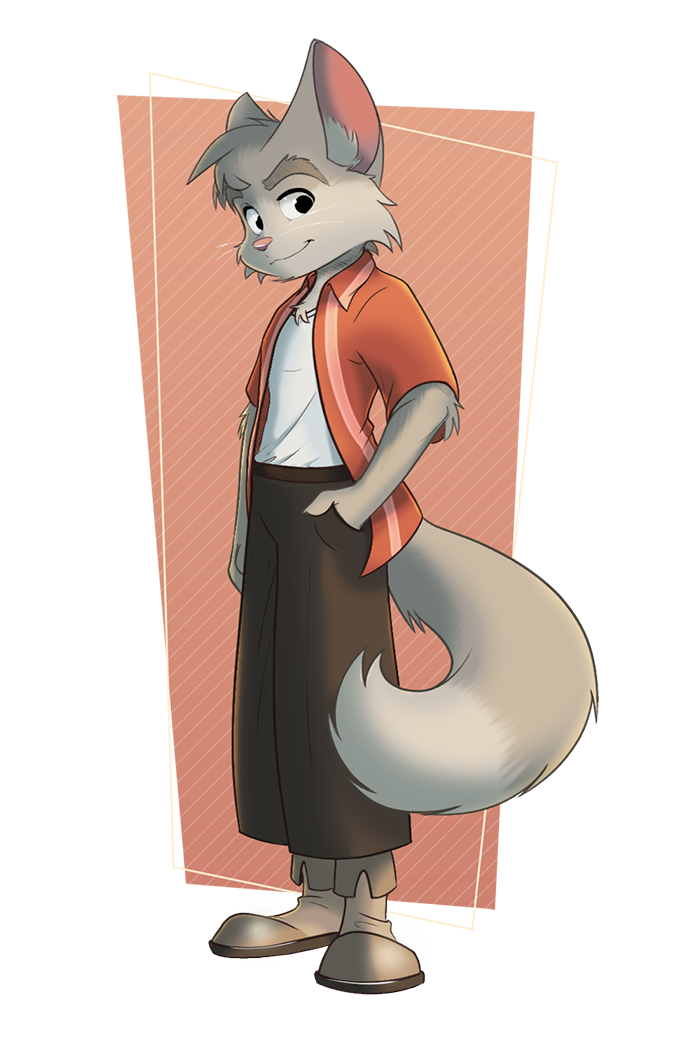 He may seem typical at first glance, but Arlo isn’t your average kid. Full of energy and wit, he’s always cracking jokes and trying to be the life of the party. Unlike his younger brother Enzo, Arlo has been more attracted to the spirit of adventure than science. He has natural athletic ability and possesses many same qualities as his father Abram.

Being quite the handful, Arlo tends to get combative and abrasive towards authority, which doesn’t look good when his father is the Police Commissioner. Archer Sullivan has mentioned that he sees potential greatness in Arlo, but he’ll need guidance getting there.

Fascinated with science and engineering from an early age, Enzo is always tinkering with a gadget of some kind. Constantly learning, he is one of the brightest students at his school. He has trouble making friends and routinely gets bullied, so he prefers to keep to himself.

While their rivalry is tested on a constant basis, Enzo still looks up to his older brother Arlo, always trying to keep up with him. When Enzo isn’t playing with Arlo, you can usually find him next door getting into shenanigans with his mad scientist neighbor, Theo. 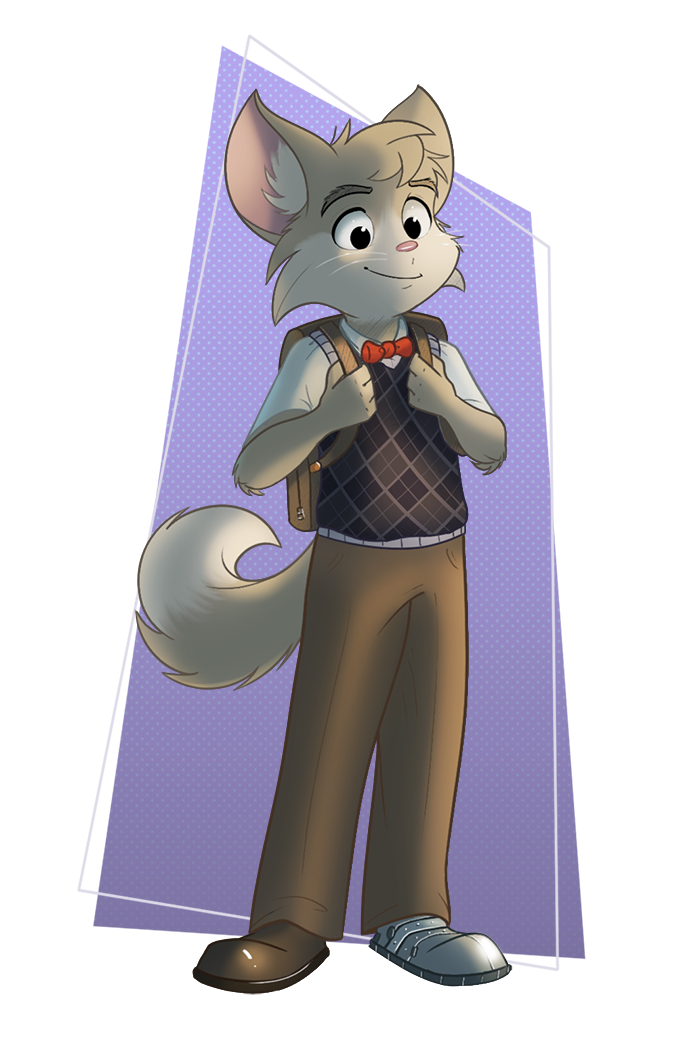 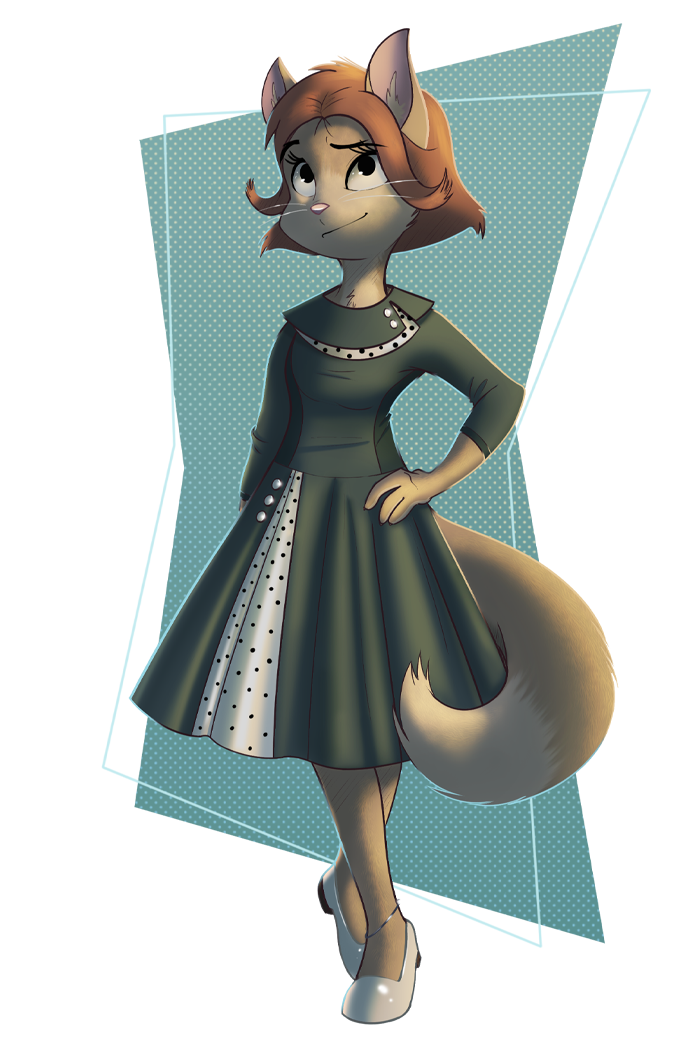 Unlike most citizens of Ion Valley, Holly came from outside the region when meeting Abram shortly after the war. There are some that resent her, claiming she’s a gold digger marrying into a highly respected family name. However, it couldn’t be further from the truth.

Holly’s perspective of the world is far more balanced than many native Ion Valley citizens. With this knowledge, she hopes to raise Arlo and Enzo the best she can while keeping their eyes, ears, and minds open. Arlo and Enzo really couldn’t ask for a better mom which gives even more reason why Abram hit it off so well with her.

As one of the most respected individuals in the Ion Valley Public Services, the terms “loyalty” and “duty” are at the top of Abram’s list. With extensive military training and multiple campaigns in the war, he’s risen to become a natural born leader.

Being appointed as Ion Valley’s Police Commissioner, he aims to protect and serve the valley’s citizens at all cost, especially his family. Abram is well respected among his peers, including President Lockridge who always seeks his advice. He even hopes that one day Arlo may fill his shoes. 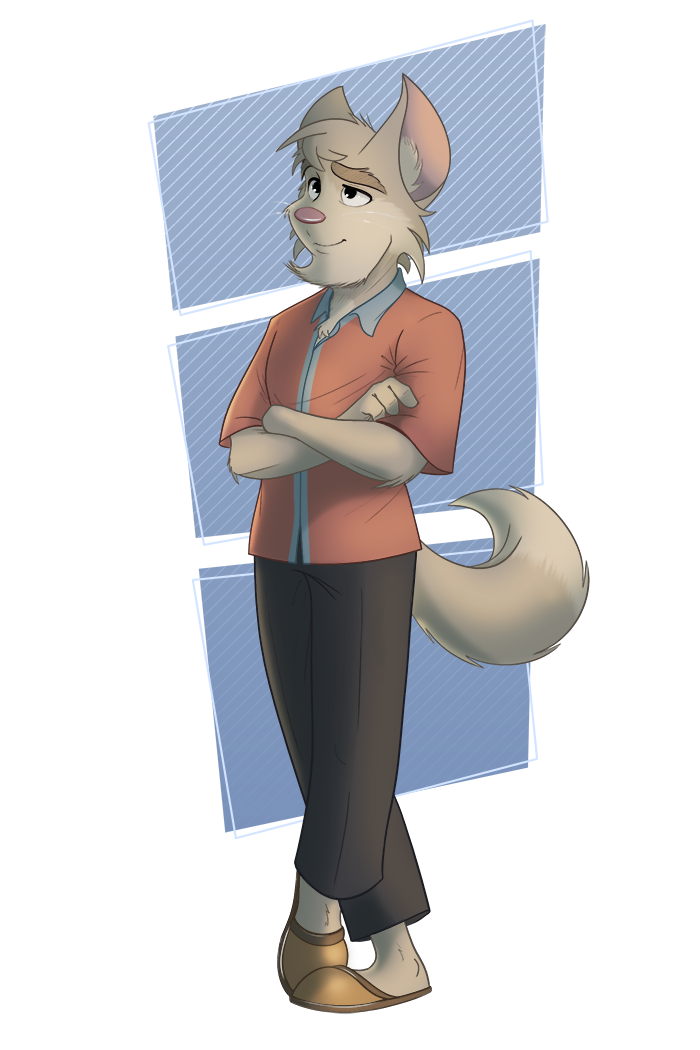 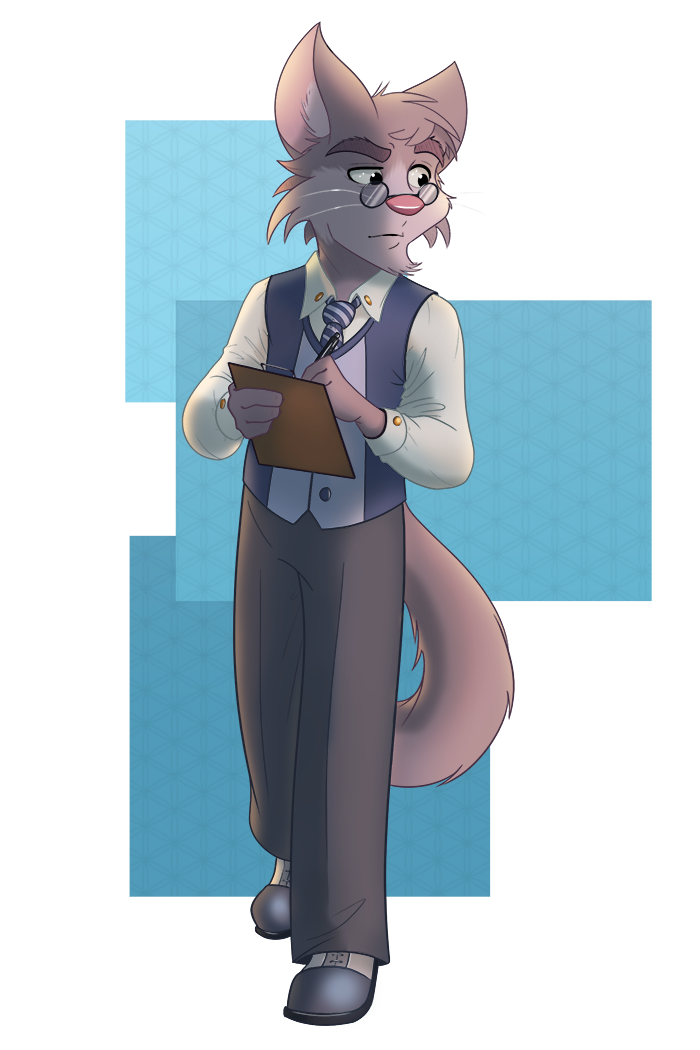 Living in the more isolated neighborhood of Cirrus Heights, this bachelor lives a quiet life tending to his gardens and reading books. Archer is a highly intelligent individual who excels greatly at strategic operations. He’s got a dry sense of humor, is described to be a bit boring, and has a serious case of OCD.

While Archer may be respected in his position, he’s not someone that many connect with on a personal level. Abram sees great value in his judgement which is why he works so closely with him. Archer has known the Cashmere’s for years and is essentially a friend of the family. Arlo loves to exploit his OCD from time to time, but can never beat him in a game of chess.

Growing up in a mining town outside of Ion Valley, Lily came from a rough environment. Before her mother passed away, Lily learned a great deal about airship repair and being an all around handyman. Due to her mother’s death, she ended up living with her uncle in Hybolt City, who unfortunately isn’t exactly the law’s best friend.

Lily isn’t one for small talk and likes to get straight to the point. She hates formalities and has no interest in adopting society’s expectations of a “proper lady”. If you tango with this girl, she may throw in a few words, and possibly a blunt heavy object. 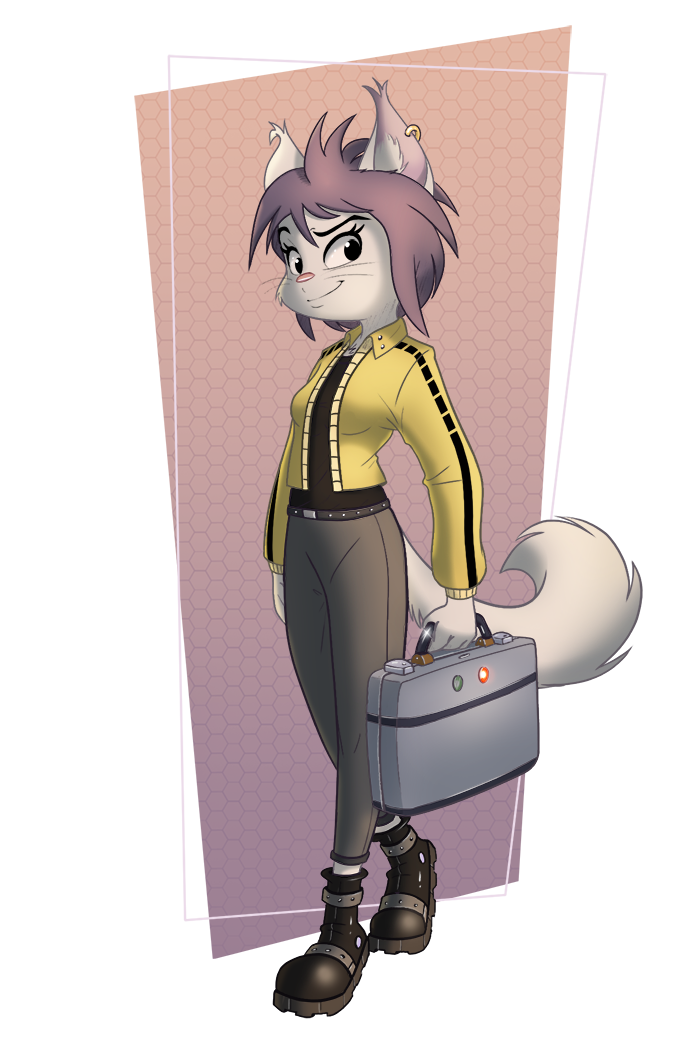 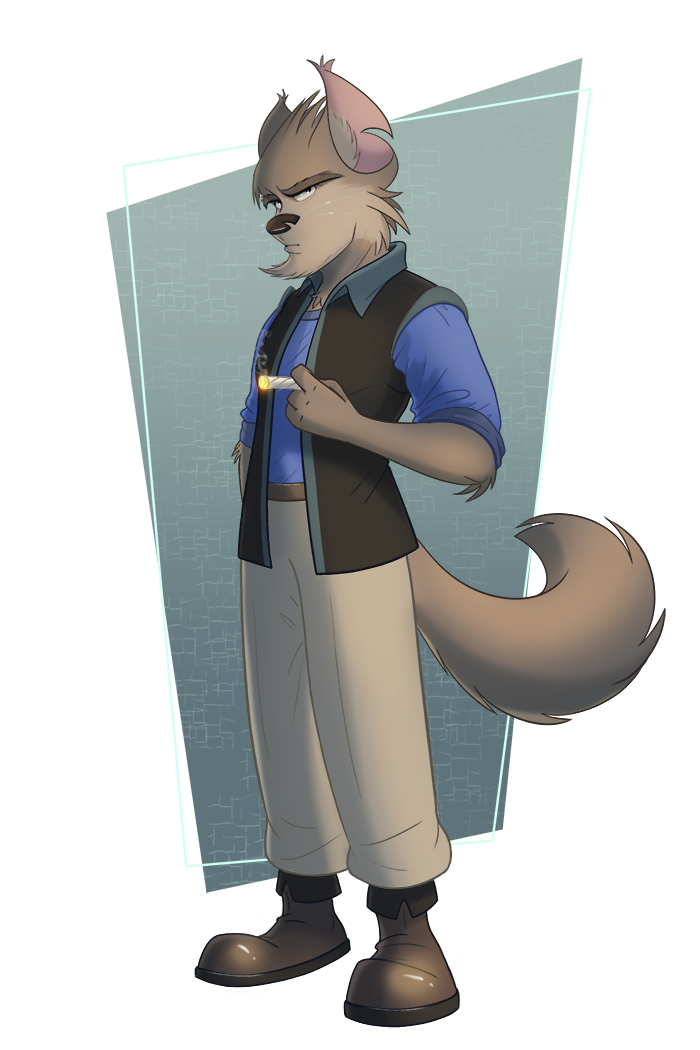 Ivan’s past is a bit muddy, mainly because he’s been the cause of most of his problems. Being known as arrogant, selfish, and a bully, most admit he’s not exactly a role model. As a former I.V.P.D. officer, Ivan was discharged for disorderly conduct. He was liked by some, but loathed by many, including his biggest rival at the time, Archer Sullivan.

Ivan eventually left Ion Valley and found a lucrative job as a smuggler. With all his inside knowledge of how the public services operate, he’s one of the most successful in the business. However, his social skills leave something to be desired, as he tends to have a short fuse.

As one of the most popular girls in school, Daphne thinks she can get practically anything she wants. Coming from a wealthy and political family, she’s a driven person and quite persuasive. However, even though she appears to have it all, Daphne tends to be an emotional train wreck.

As someone difficult to befriend, Daphne can come across very cold to those who aren’t in her circle. She’s under a lot of pressure regarding her plans for the future. She’ll do anything it takes to get the approval of her family, even if it means taking advantage of someone else. 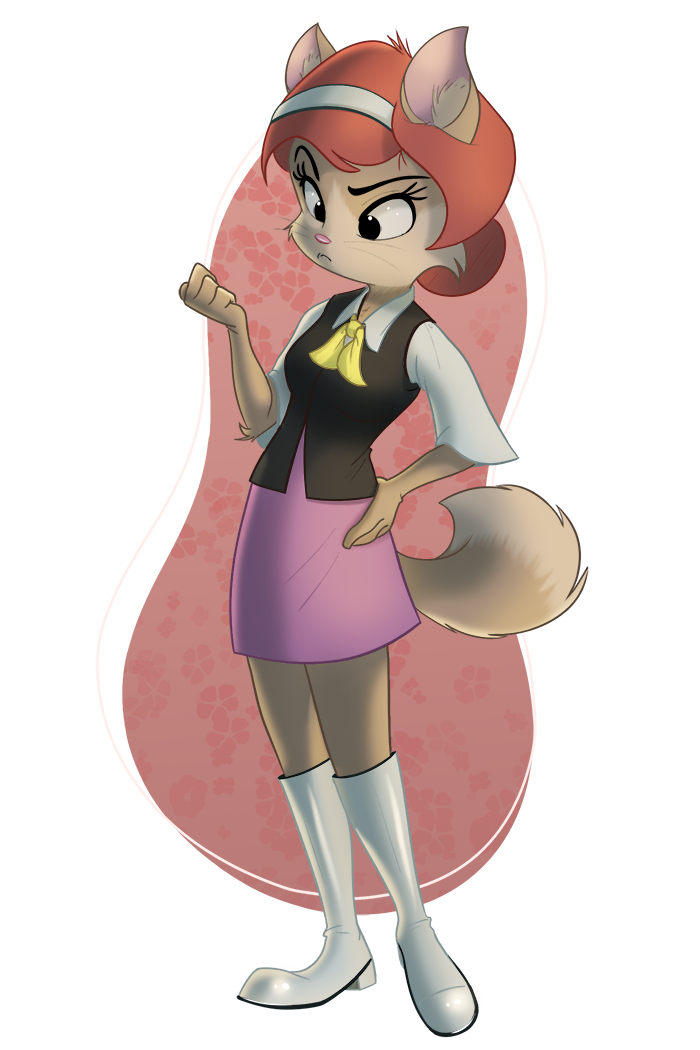 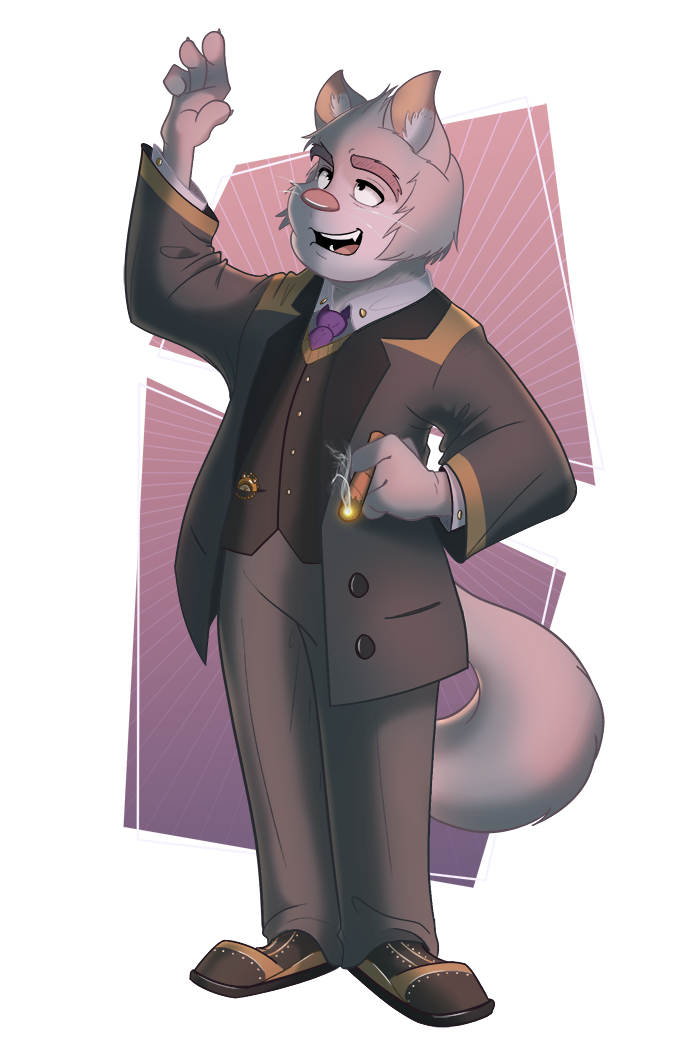 Regarded as one of the most powerful people in Ion Valley, President Winston Lockridge is driven by success, no matter what it takes to get it. His political power compliments his immense wealth across the multiple industries he controls. Lockridge Industries is largely responsible for the vast landscape developments such as Ohmsdale, Cirrus Heights, and Faraday Falls along with many contracts with Solar Ionics.

Winston’s approval ratings are high, but he’s always been interested in what he wants first. He’s a master politician who has skillfully harnessed lying as second nature. He may be all smiles, but this guy definitely has an agenda.

As the mother of Winston Lockridge and former CEO of Lockridge Industries, this woman is not to be messed with. She may look like your average grandma, but some people regard her as having more power than the president himself. Winston may be in the spotlight, but Satri keeps a tight leash on her son.

She’s incredibly manipulative and has her own agenda. As she plays the part the public wants to see, she knows power doesn’t last unless drastic measures are done. Don’t expect any money in the birthday cards she sends, if they’re sent at all. 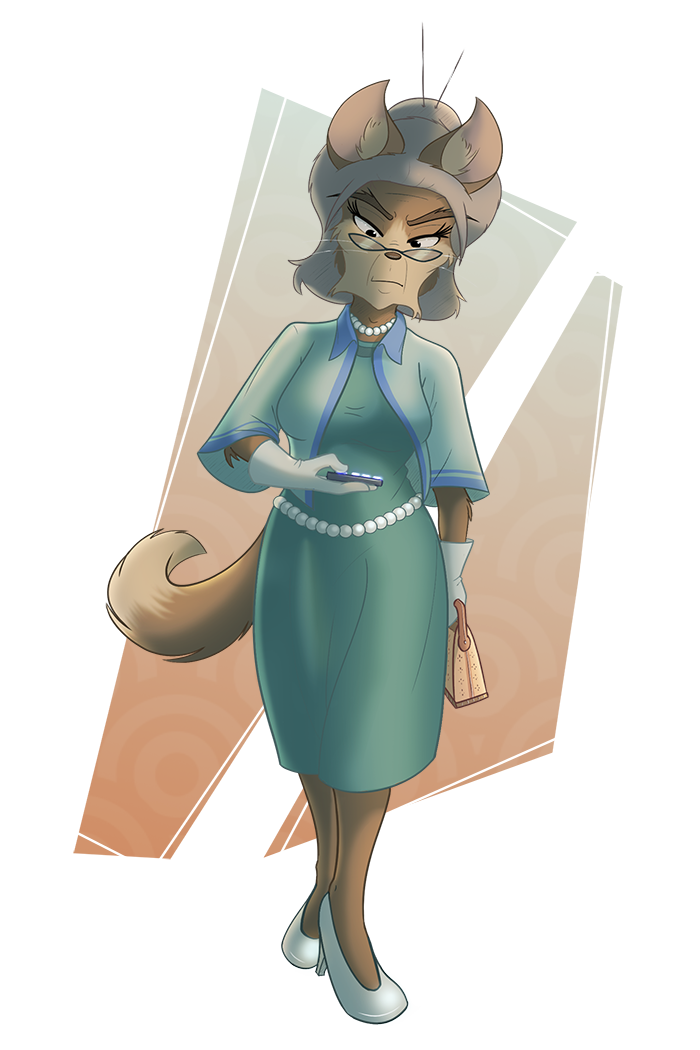 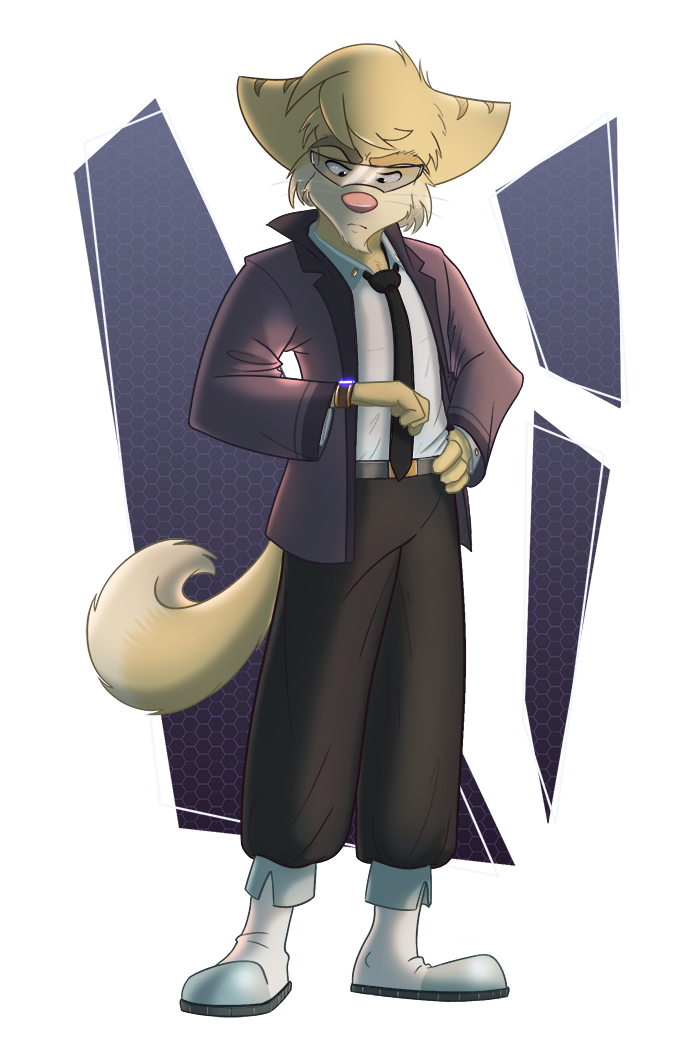 Titus is who many regard as an enigma. His past is shrouded in mystery and not many people in Ion Valley know who he is. His last name implies that he comes from royal lineage, but no one can find anyone related to him. Originally on the advisory staff at Lockridge Industries under Satri’s management, Titus has now become an important key component to President Lockridge’s administration.

Titus is known as the person that cleans up situations. Being somewhat on the quiet side, he seems to take great pleasure and pride in his work. As a side note, it’s not advised to have this guy babysit your kids anytime soon.

As Lily Graham Bell’s uncle, Mr. Malone has experience in finance, dealing with banks and even some stockbroking on the side. However, he isn’t exactly cozy with the I.V.P.D.

Since struggling in recent years with his career, Malone decided to take a more unorthodox approach, leading him into the dark underworld of Ion Valley. Unfortunately, this has put stress on his relationship with Lily. 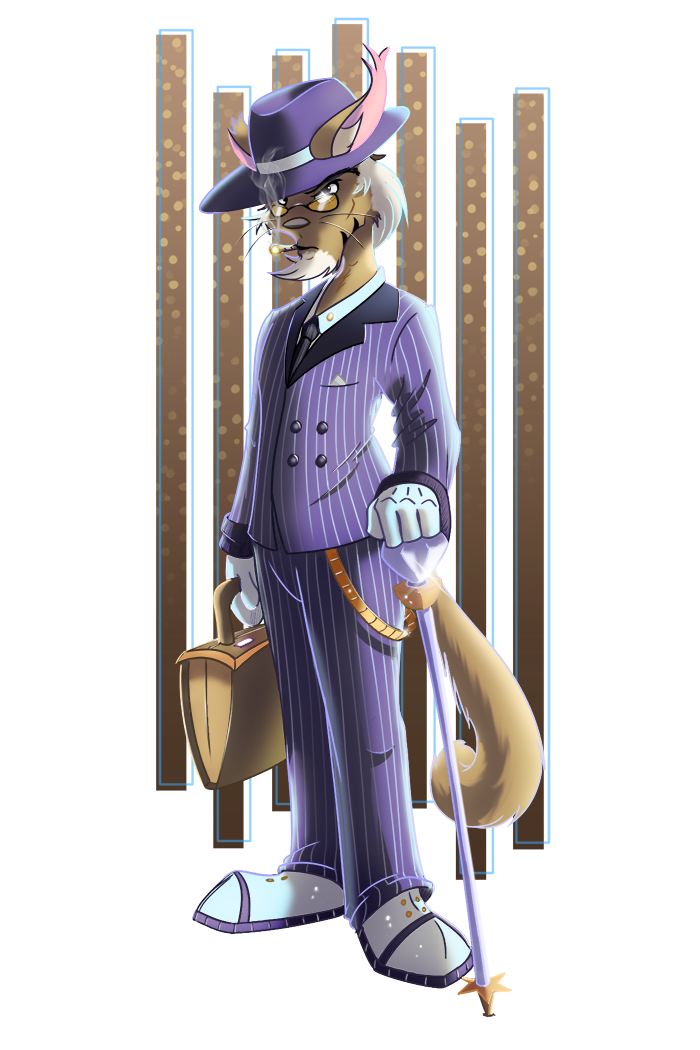 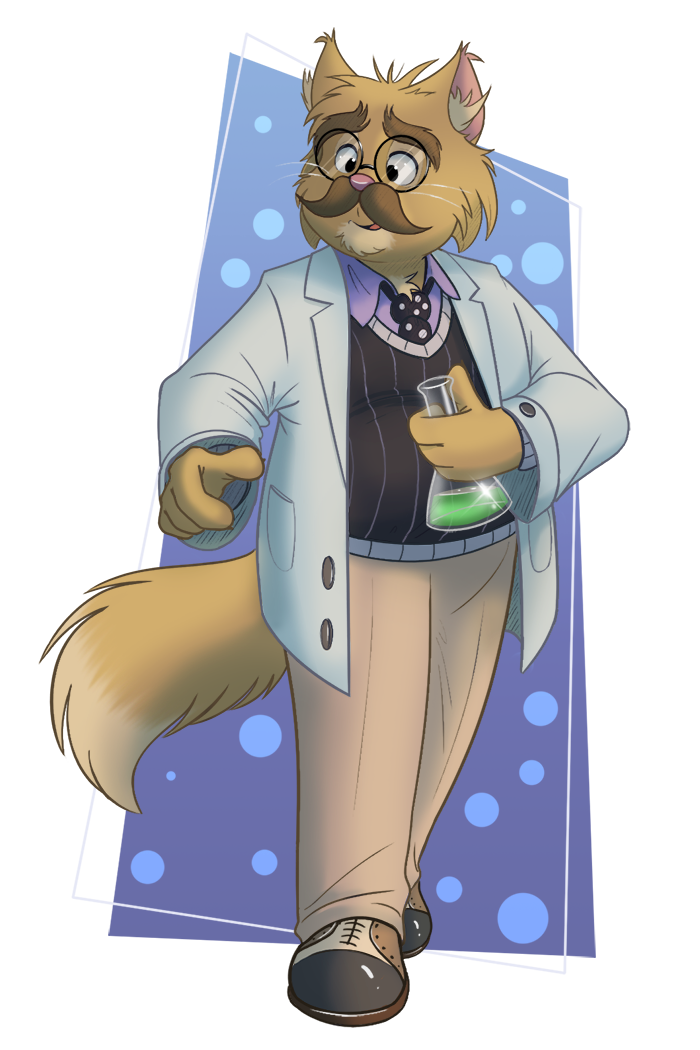 If it isn’t obvious, this professor has a passion for science. For Enzo, he’s as good of a teacher as he is a mentor. Watts can be a bit of a dork, but his love for teaching and infectious enthusiasm is half his charm. It’s no surprise that he tends to be a favorite among the students. You never know what he has planned for the next class. Explosions? Lightning? Bubbling volcanoes? You’ll have to wait and see!

Joyce is Archer’s secretary at the I.V.P.D. Over the years, she’s developed a thick skin and a low tolerance for idiocy. Similar to Archer, she’s a bit dry, a little sarcastic, and some even say that she has the world’s best Poker face! If you treat her right, she’ll get you taken care of. If not, then have a seat. The wait time is going to be… awhile. 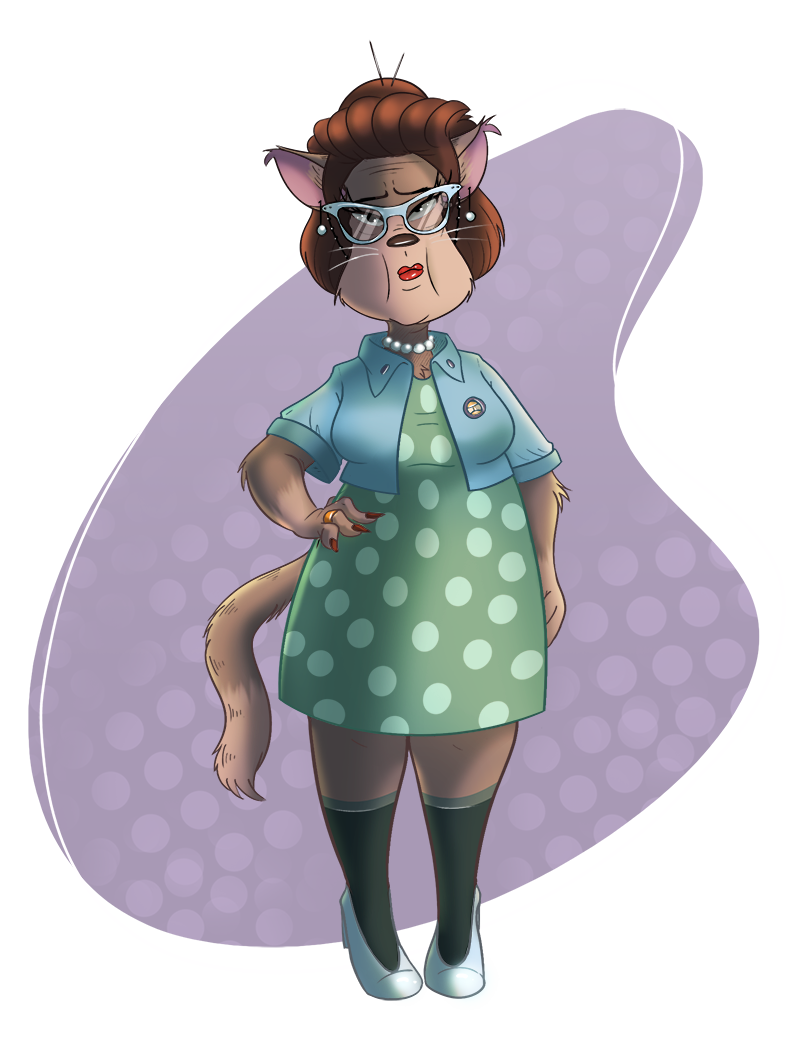 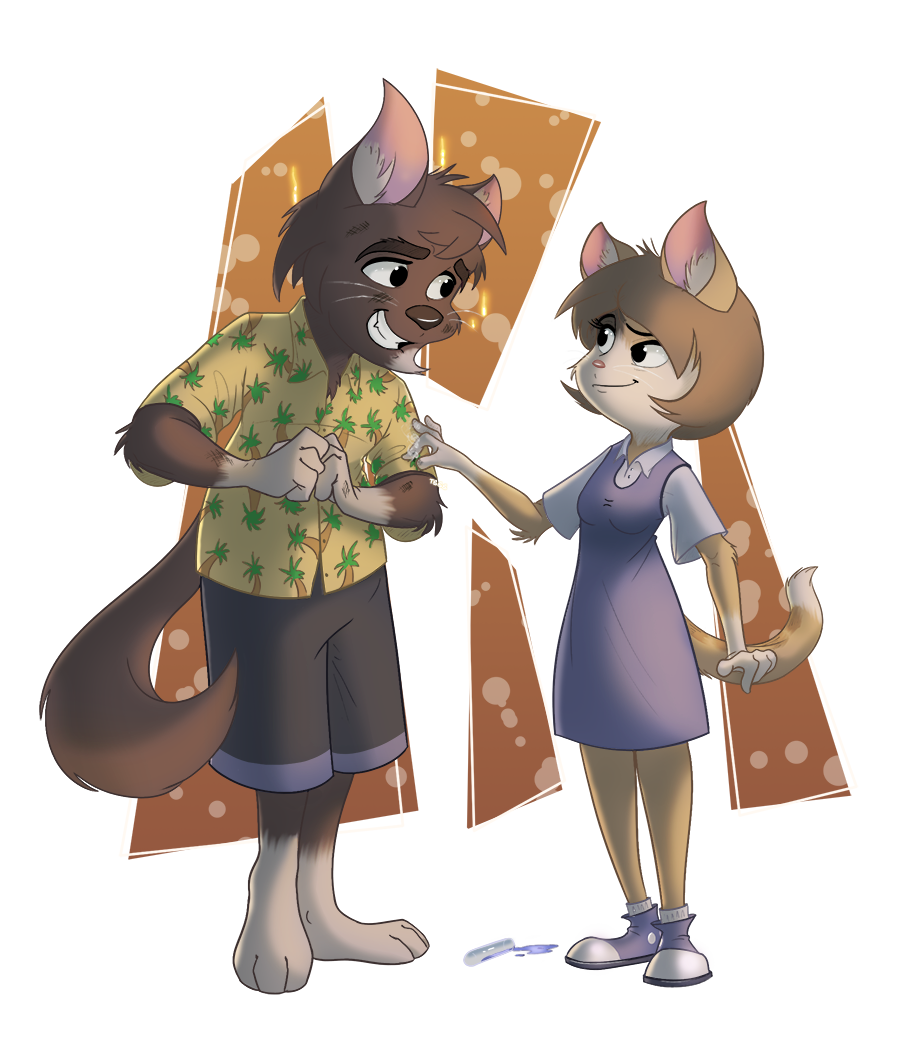 Living next door to the Cashmere’s, it could safely be said that Theo and Nelly are the “cool” neighbors. Theo is an employee of Solar Ionics and is always geeking out on new home projects in the house or workshop, many times with Enzo.

Theo is a bit eccentric with a short attention span, but his genius knows no bounds. Nelly is his faithful wife that keeps him out of trouble. Basically, if science is the conversation, Theo is a kid in a candy store. Nelly just makes sure the house doesn’t explode.

As farmers in the agriculture sector of Ion Valley, these two buffoons always find ways to get into trouble. Jules always has his crazy conspiracy theories all while trying to rope along Angus in his shenanigans. If something exploded or crashed somewhere, double check to make sure these guys aren’t anywhere in the vicinity. 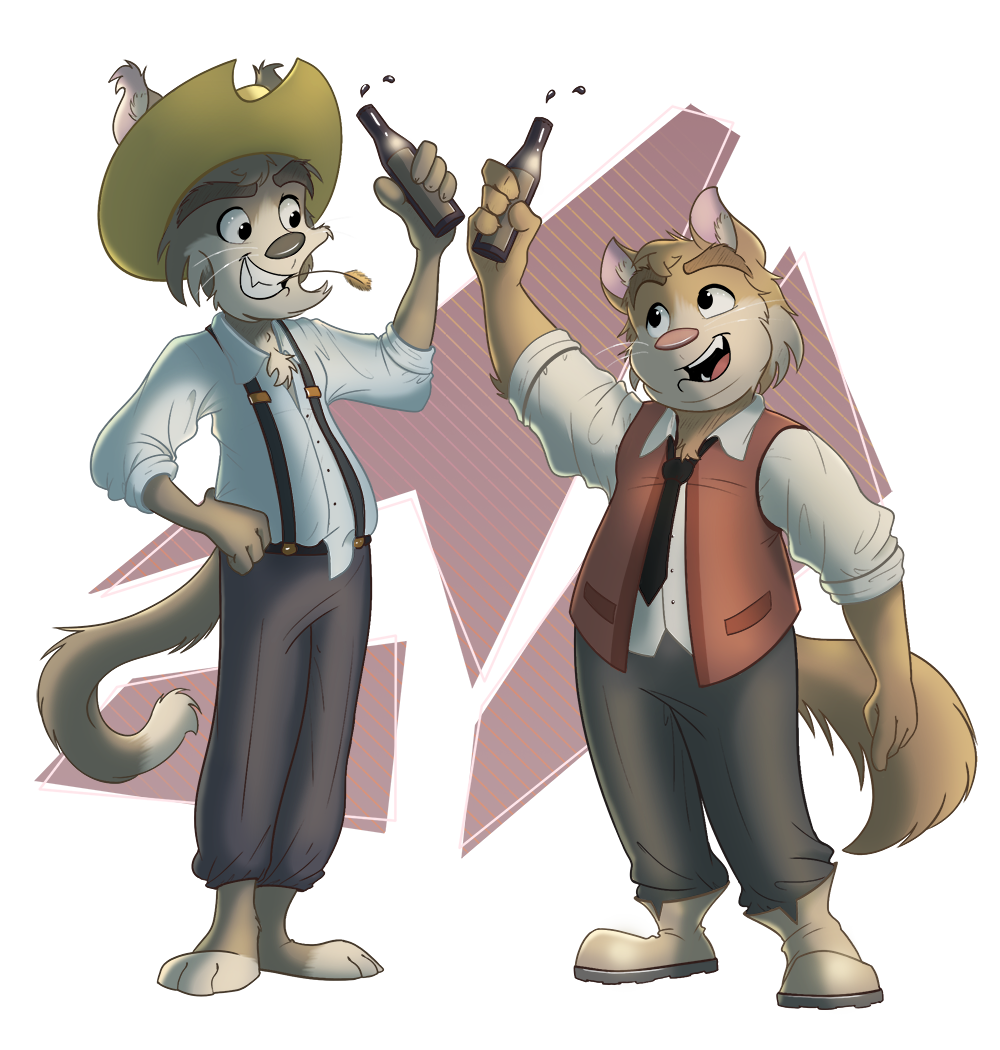