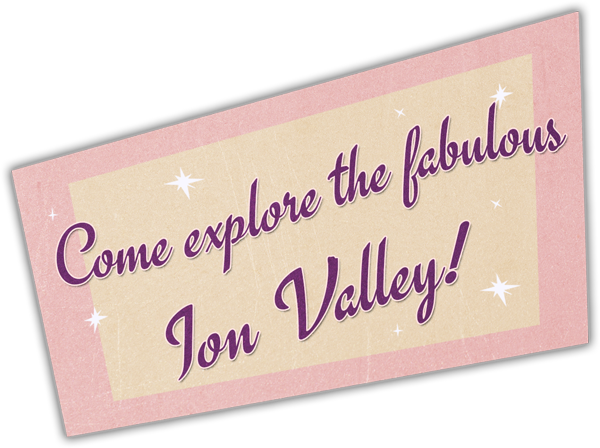 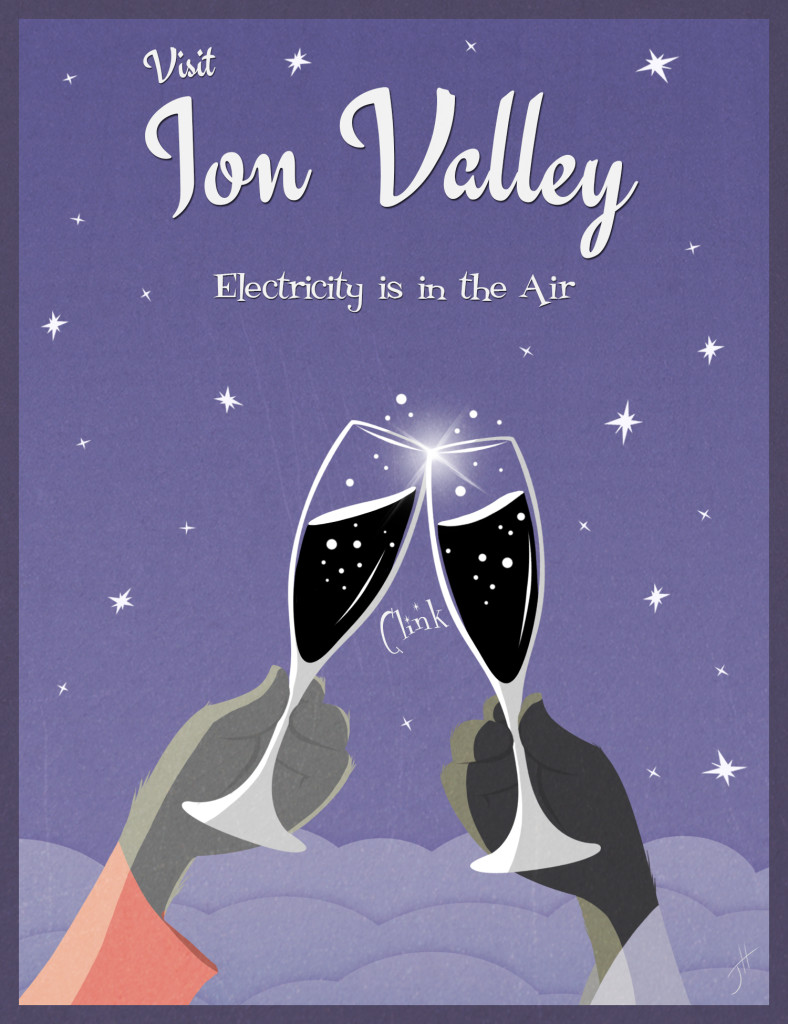 In the world of Ion Valley, it wasn’t always paradise. For decades, war and struggle were a way of life surrounding the events of a mysterious thick fog encompassing most of the planet. As land and resources became scarce and countless lives were lost, people scrambled to find their place in the world amiss the chaos. In the end, peace was made and civilization prevailed, though a bit different than the days of the old country.

In a post war society, the people were ready to set their sights on a brighter future. Development in Ion Valley took many great minds and thinkers to get off the ground. The Lockridge family, along with a few others, have had some of the greatest influence in the region’s creation. Others such as the Volta family have started innovations like Voltrak Railways along with one of the most successful corporations of yesteryear, Solar Ionics. With these crucial steps taken, society and life in Ion Valley has reached a very high standard for all to enjoy!

While many get to bask in the luxuries of the region, there are still those that find their way to Ion Valley from the outer world. Many seek help and refuge from living conditions not so distant from war times. Through the public services departments, Ion Valley has made a generous refugee program allowing them to stay in the magnificent Megaplex right here in Hybolt City! The program gives a path for those who contribute to our society and can eventually be a part of this wondrous and highly charged utopia!

When it comes to life in Ion Valley, there is no shortage of entertainment and opportunities! We can start by mentioning Hybolt City and the ever popular Edison Square. Here you can find the cultural heart of the people with talent shows, concerts, festivals, and our award winning 5 star restaurants! You’ll want to make reservations in advance because these places are booked for weeks! When you’re done eating, don’t forget to check out many fantastic live theater shows on the famous Maxwell Avenue. You’re guaranteed to have a grand time! You’ll also not want to miss the annual Ion Valley Air Race where you can see the fastest ships and pilots you’ll ever see!

As you venture outside the city, you can enjoy the best hiking, camping, skiing, and sailing around. With multiple lakes like Lake Volta to Lake Pelton at Faraday Falls, you’ll always be close to some great watersports! Speaking of Faraday Falls, this luxury resort is one of the prime attractions that people seek from all over. There’s nothing like soaking in the hot springs during a snowfall while drinking wine from one of our local wineries. One thing you’ll know for sure is that when you get here, you’ll never want to leave! 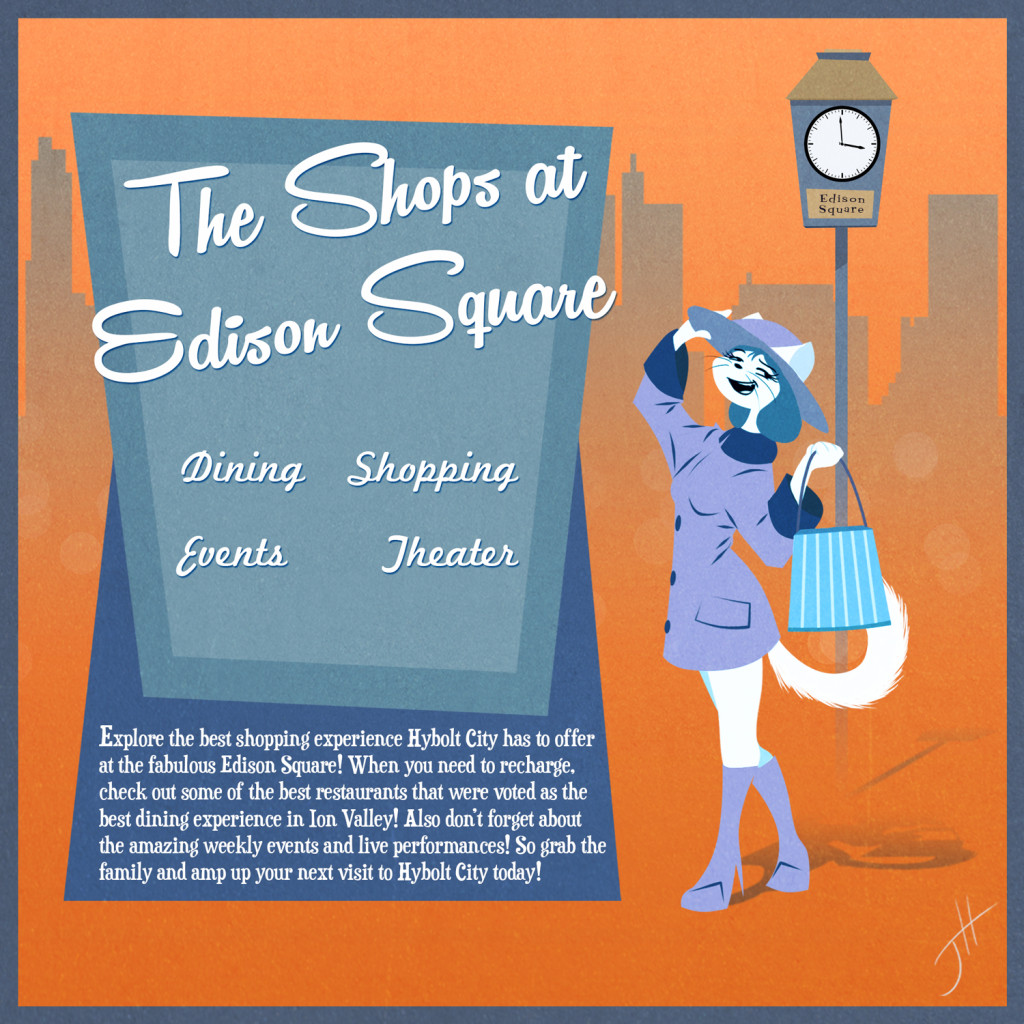 Keeping a place like Ion Valley tidy doesn’t happen without our best and brightest. Here you’ll find many brave men and women selflessly giving their livelihood to serving the proud citizens of Ion Valley. With the use of Enforcers on the I.V.P.D., crime has been at an all time low, keeping you and your family safe!

Also don’t forget the amazing fire response teams that have kept the valley running for decades! However, if you happen to get injured or need assistance, you’ll be rest assured that Ion Valley offers the finest healthcare anywhere. If you need anything from a tooth filling to a prosthetic leg, we’ve got you covered! Next time you come across the path of a public service member, proudly tip your hat! 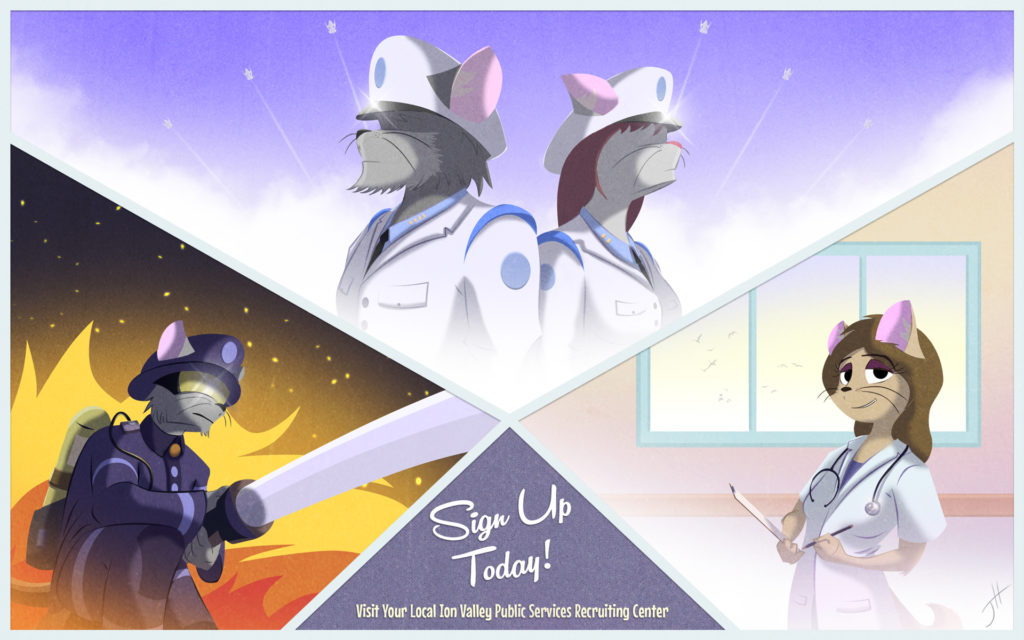 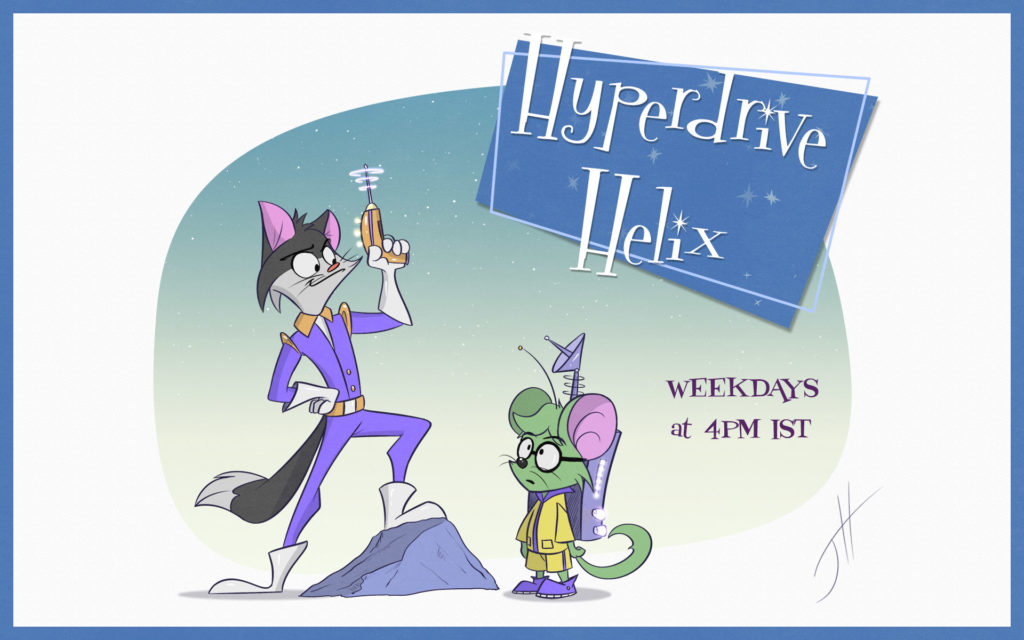 While there is plenty do out in the world of Ion Valley, entertainment can still be brought into the home. Though there are many quality televised programs, one of the favorites among the youth is the show Hyperdrive Helix with his trusty sidekick Kitt Kepler. As we follow these two heroes, they will travel the galaxy on spectacular adventures and daring escapes every week! Don’t miss out on Ion Valley’s highest rated animated kid’s show! 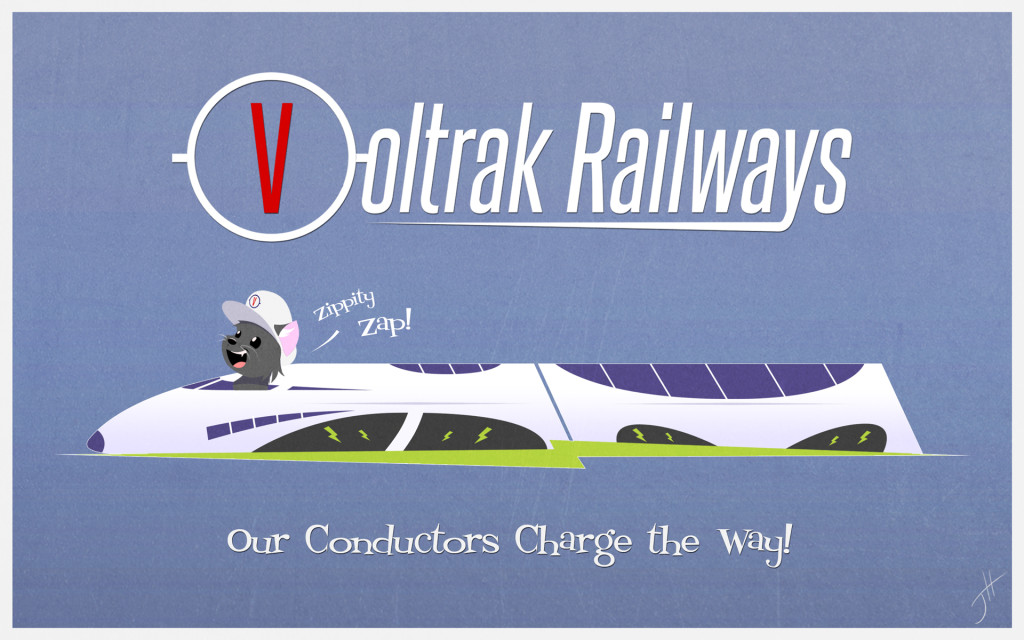 Started by the Volta family, Voltrak Railways is one of the most important additions to the Ion Valley region. With much of the population working in Hybolt City, thousands of commuters take these trains everyday to their jobs. The rail system has a wonderful reputation of always being on time as well as the convenient travel speeds these trains can move! Add a comfortable ride, friendly service, and affordable ticket prices, and you got yourself a winning combination!

If you’re a city dweller or just need to travel around Hybolt City, the fastest way will definitely be the magnetic hover trolleys of the Voltrak Public Transit Authority. With their smooth ride and friendly service, you’ll be at your next stop in minutes! Citizens will also be delighted that there are stations directly connecting to the outer Voltrak Railways making it more convenient than ever! 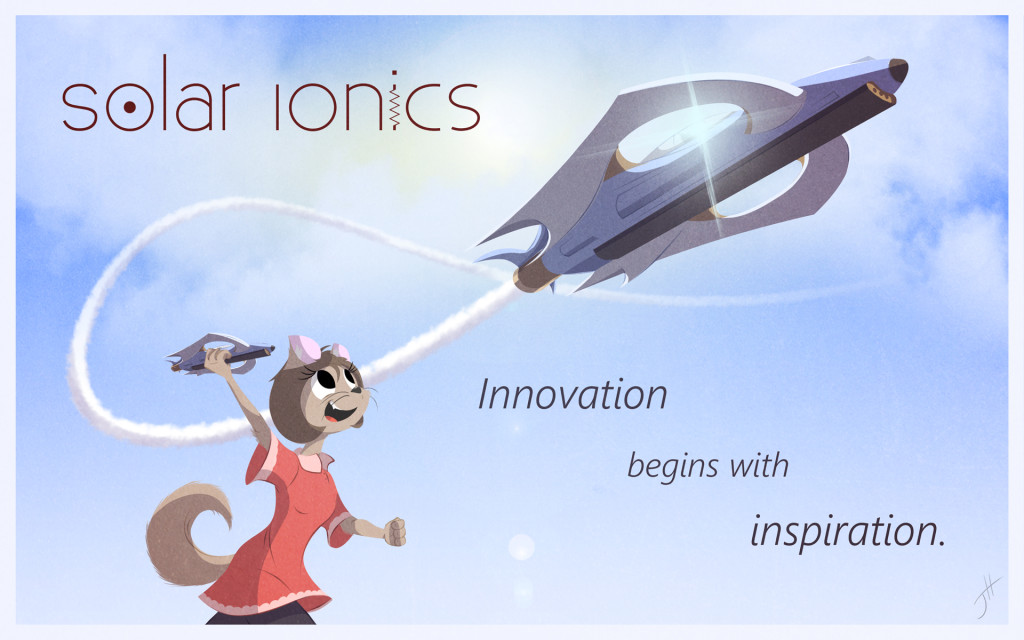 Another company started by the Volta family, Solar Ionics is somewhat of a legacy from the war days. This company astonished the world with their incredible innovations of the solar charged electric propulsion systems. Gathering moisture from the air for internal cooling, the only waste these machines release is water vapor. The culture of airships exploded once they became common place, but also had a vital role in winning the war and ensuring dominance in the region. While most military ships were decommissioned, the Mantis ships are still in use today. With that aside, Solar Ionics is now strictly a civilian operated company that promotes clean energy and improving the lives with astounding innovations for all.

Founded by the reknowned Lockridge family, Lockridge Industries is possibly the most important corporation in the region. They have simply crafted a large portion of Ion Valley for all the citizens to enjoy including Ohmsdale, Cirrus Heights, and Faraday Falls developments. One of their latest projects was the construction of the Megaplex for the refugee program. Not only has Lockridge Industries given Ion Valley a brighter future, but provides great charity as well. 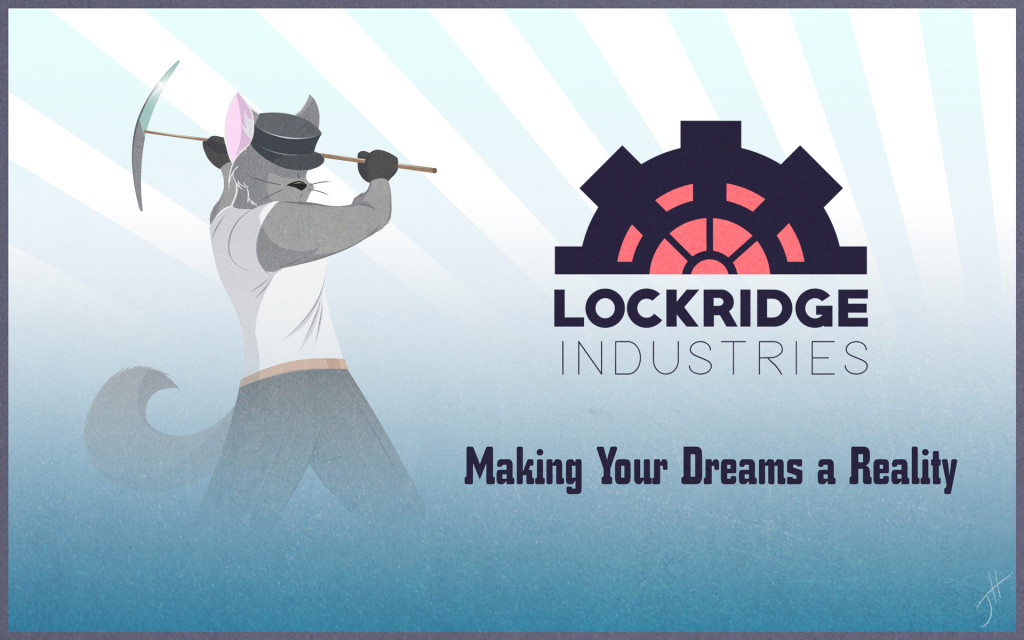 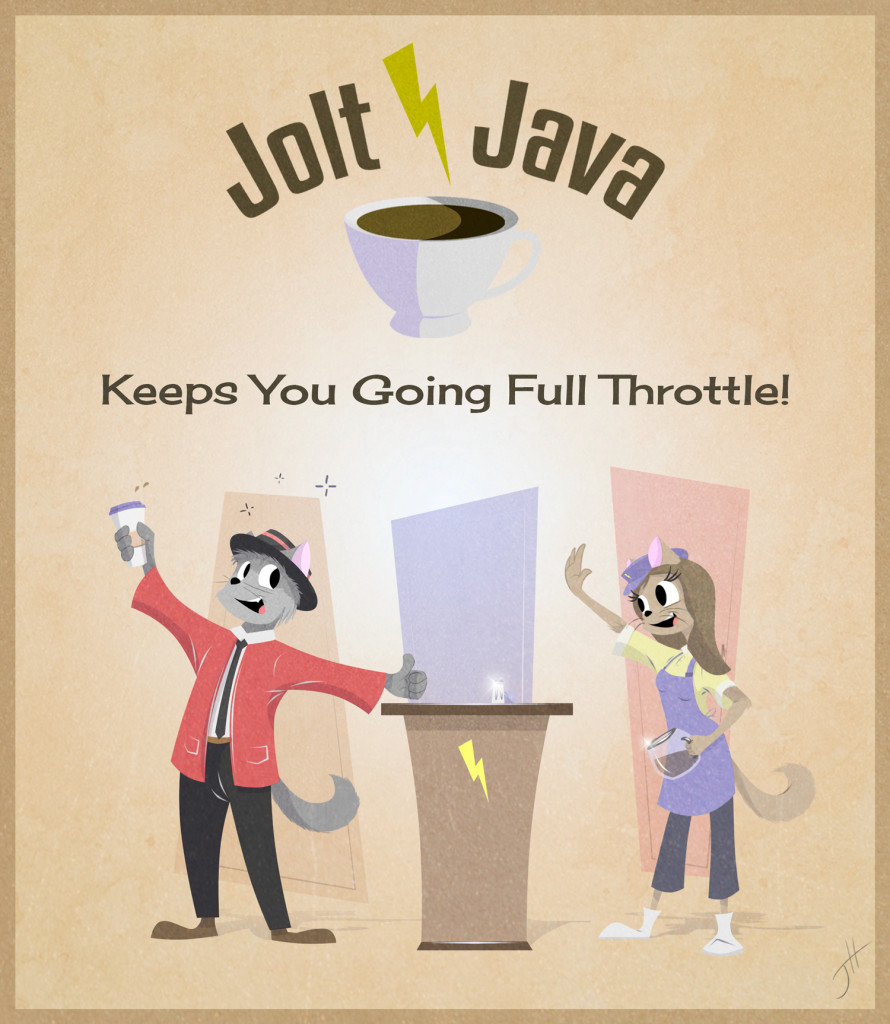 Do you have those days where you’re falling asleep at the stick of your airship? Well look no further as Jolt Java has your back! With a large array of coffee from the local fields of the region, you’ll enjoy the finest organic beans around! Jolt Java has many locations throughout Hybolt City with some offering live music venues. If you’re traveling abroad, you’ll still find many locations at Ohmsdale, Cirrus Heights, and Faraday Falls! You’ll never be more than two clicks from your next recharge. Below are just a few delicious items you can order from the menu!